skip to main | skip to sidebar

Posted by achyut mandal at 11:04 AM No comments:

The Tree of Death

Hierarchies of the after-world - A suggested Taxonomy for Ghosts
The world of the living was classified first by Carolus Linnaeus. It is in the fitness of things, we thought, that the afterworld be classified too. First hand experiences and secondary material gathered over thousands of years seem to suggest the afterworld is as overpopulated as ours. And just like ours, there also the variety is mind-boggling. So to better understand the denizens of the afterworld we have attempted a rudimentary classification of ghosts (based on kingdom, phylum, class, order, tribe, genus, species etc) which would be developed over the years. In our work we have used both primary and secondary literature including inputs from seances and other contacts with the after-world. Among other things The Tibetan Book of the Dead provided valuable ideas as did the Tree of Life of the Kabalah. As this is an attempt to classify the inhabitants of the afterworld we have decided to call this system of classification - The Tree of Death:
Kingdoms: Alisatma, Arborisatma
(Alis - Animal; Arboris - Plant; Atma - Soul)
Phyla: Volatmas, Geotma, Kabandhas, Andhatmas, ....
(Vol - Fly, Geo - Earth, Kabandha-Headless, Andha-Blind ...)
.
.
.
Species: Bogies, Petnis, Mamdos, Spectres, Shades ...
This is a brief glimpse of the work done by us. The complete text is available in the soon to be published book The Tree of Death.
(Important note: This is copyrighted material [Copyright 2008] and any infringment will draw legal action)
Posted by Rajat Chaudhuri at 7:04 PM No comments:

Some say ghosts are best stored in bottles. A tantric friend however advised tying mutinous ghosts to trees or keeping them locked in an attache case. In olden times ghosts were cruelly locked up in subterranean chambers or caves where they were put to the eternal task of guarding hidden treaures. All these ideas may have their own utility but they ignore the ghostly rights of the departed (akin to human rights of the living). So we suggest some alternatives that recognise their rights and guarantee a quality of life that ghosts need and yearn for. We suggest to all practitioners of the occult to store ghosts in aquariums (with good supply of fish) or refrigerators (with a good stock of food and the temperature bearable) or even better to just let them live among us, and pester them not - Peaceful co-existence.
Posted by Rajat Chaudhuri at 9:51 AM No comments: 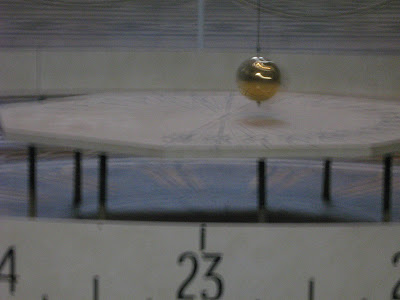 t the Pantheon in Paris. While originally built to demonstrate the rotation of the earth the site for this pendulum, as descibed in Umberto Eco's acclaimed novel - Foucault's Pendulum, became the venue for secret gatherings and arcane rituals where among other entities ectoplasmic forms made their appearance
Posted by Rajat Chaudhuri at 10:28 PM No comments: 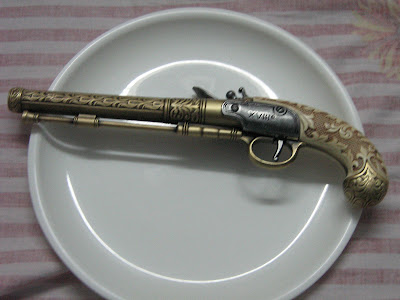 The photograph shows a device for manufacturing ghosts from the period of Louis XVIII of France (note the inscription) that my frtiend picked up outside the Louvre museum. Use of these and any other related device is a criminal offence the world over and their use attracts severe punishment including imprisonment and very often the forced release of the ghost of the offender using ghost-releasing machines possesed by the state. Use of such devices is never advisable and none of the authors of this blog takes any responsibility whatsoever for any kind of use of such devices.
Posted by Rajat Chaudhuri at 10:03 PM No comments: 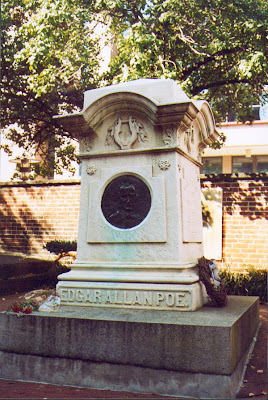 The grave of Edgar Alan Poe, whose stories often talked of the world of the dead

Once upon a midnight dreary, while I pondered, weak and weary,
Over many a quaint and curious volume of forgotten lore--
While I nodded, nearly napping, suddenly there came a tapping,
As of some one gently rapping, rapping at my chamber door.
"'Tis some visitor," I muttered, "tapping at my chamber door--
Only this and nothing more."
The Raven by Edgar Allan Poe (1809-1849)
Posted by Rajat Chaudhuri at 7:26 AM No comments:

A mantra to make a ghost appear

Ful chalite anchol chali
Aro chali Shib
Char kon prithibi chali dev danab jeeb
Gache thakos dohai dhormer
Sunye thakos dohai Ramer
Amar dohai peila jodi
Na ahos, Suleiman Nabir matha khao
Amar ei ashore dia pao
Mishti sure kotha kao
(To be repeated thrice)
The above mantra and many such others have to be recited while performing a series of intricate rituals for getting a ghost to appear before the spiritualist. This particular mantra is from a famous kabiraj from Bangladesh Md Safiuddin Mia. Note the secular nature of the mantra which invokes both Islamic and Hindu faiths.
Posted by Rajat Chaudhuri at 7:17 AM No comments:

Outside the haunted palace 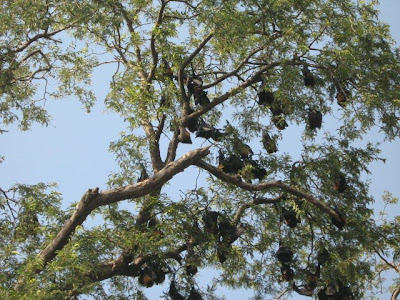 Posted by Rajat Chaudhuri at 5:46 AM No comments:

The Raja and the pianoman

Ghosts are all around us. Yesterday I saw a ghost playing the piano in the Select City Walk Mall at Saket (Delhi). At Deeg Palace, my friend encountered, ghosts of Raja Suraj Mall and Rani Kishori.
We are interested to adopt a sober and good-natured ghost. If you happen to know one please inform us.
Posted by Rajat Chaudhuri at 5:38 AM No comments: 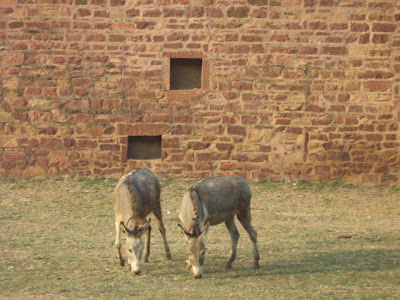 Posted by achyut mandal at 5:26 AM No comments:

Ghosts do exist. We are fascinated by them and we keep on bumping into them often. .We have seen David Hare's ghost in the Hare School campus on a sultry summer evening of 2000. We met a ghost at Baktiarpur station (near Patna, Bihar). We are asking all readers who have information about ghosts or haunted houses in and around Delhi or Kolkata to kindly contact us.
Posted by achyut mandal at 5:17 AM No comments: